1946 Northenden Garage returned to Manchester Corporation by the Ministry of Aircraft Production. 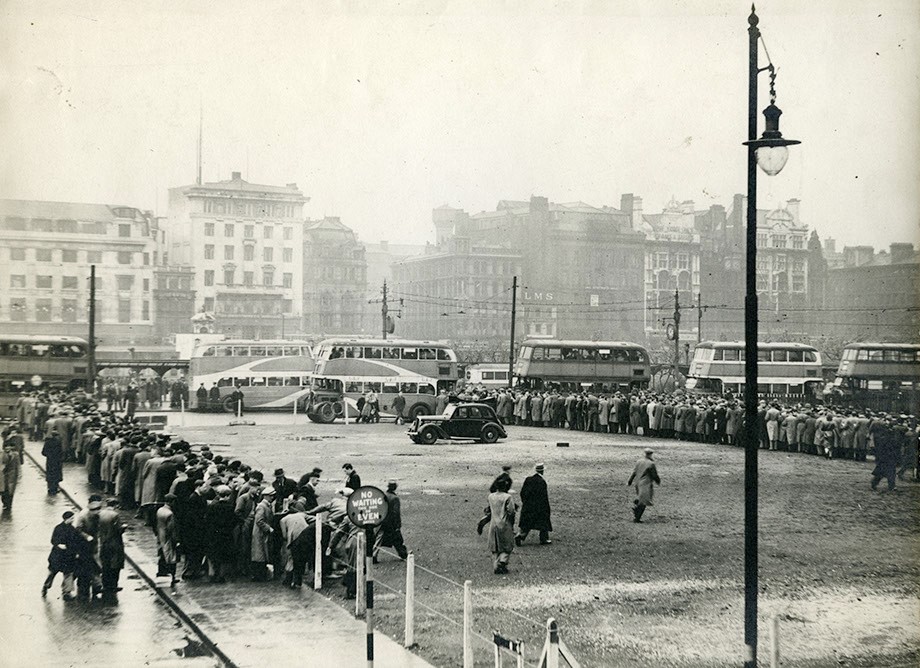 Football crowds wait for buses in Manchester Piccadilly on a cleared bomb site, now the location of Piccadilly Plaza

1947 Transport Act 1947: nationalisation of railways and London Passenger Transport Board.

1948 Through the Transport Act 1947, North Western is now part owned by the British Transport Commission through its LMS and LNER connections.

1948 A Salford bus along with some from other operators carries passengers in Denmark as part of the British Exhibition. 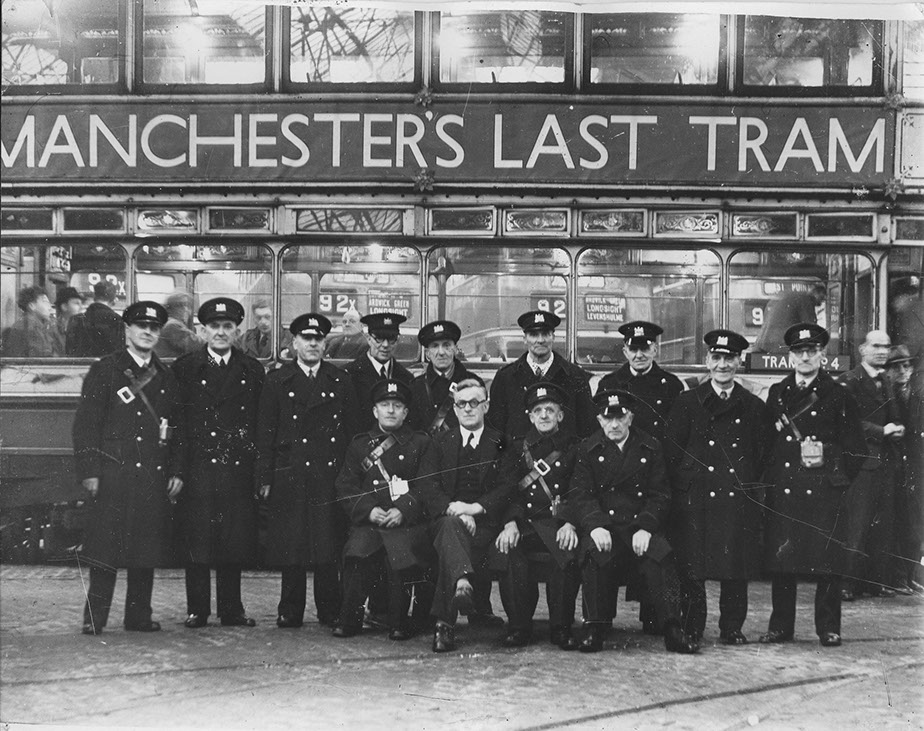 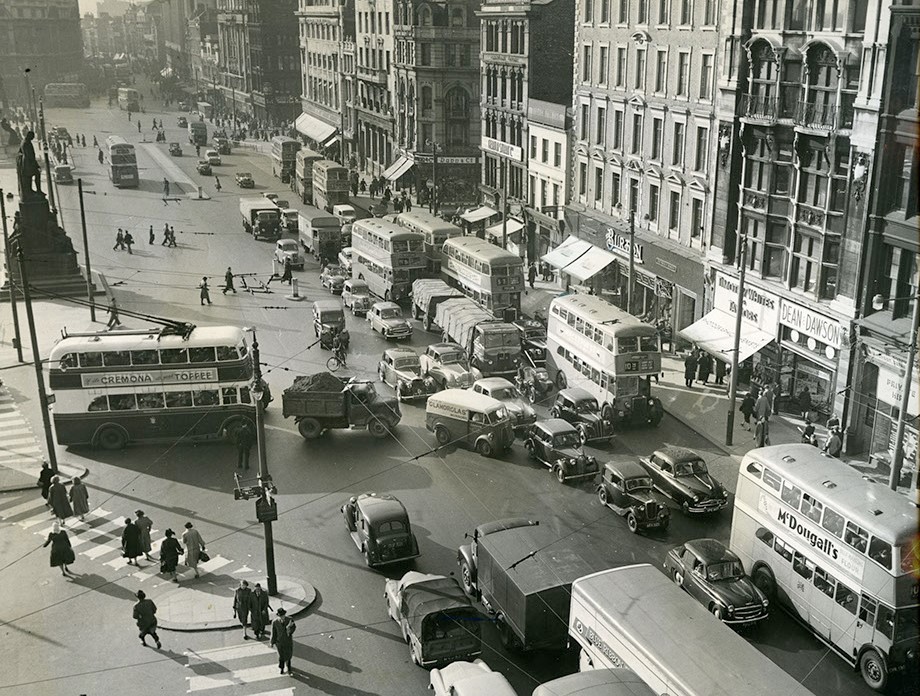 1950 Manchester Corporation introduces exterior advertising on its buses for the first time to raise revenue.

1951 Mechanical bus washing machines are installed for the first time.

1953 The first of Manchester Corporation’s trolleybus routes is withdrawn.

1953 Oldham Corporation is one of the first to trial the new 6 barrel 'Ultimate' ticket machines (8 June) and transfers a batch of older models to SHMD (23 July).

1954 Link up of certain Manchester and Salford corporation services to reintroduce cross-city services. 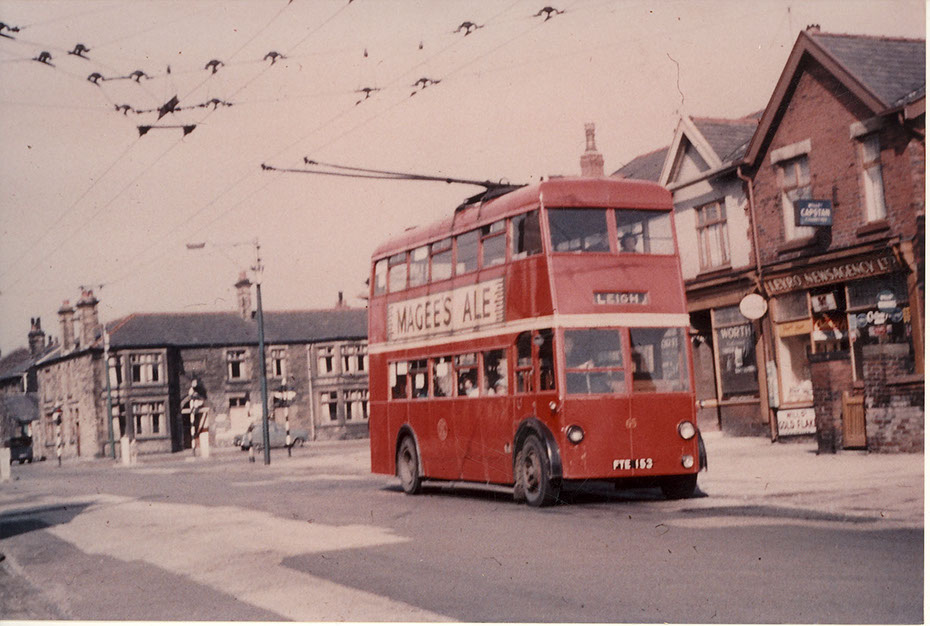 SLT trolleybus at Four Lane Ends, between Bolton and Atherton

1955 Use of fibreglass for vehicle wings and panels to reduce accident damage for the first time.

1958 Last South Lancashire Transport Company (SLT) trolleybus runs (31 August). SLT is closed and is incorporated into LUT (1 September). Buses replace the trolleybuses and are operated by Bolton and Leigh corporations and LUT.

1958 Manchester Corporation introduces spray painting of its buses instead of hand painting, for the first time. 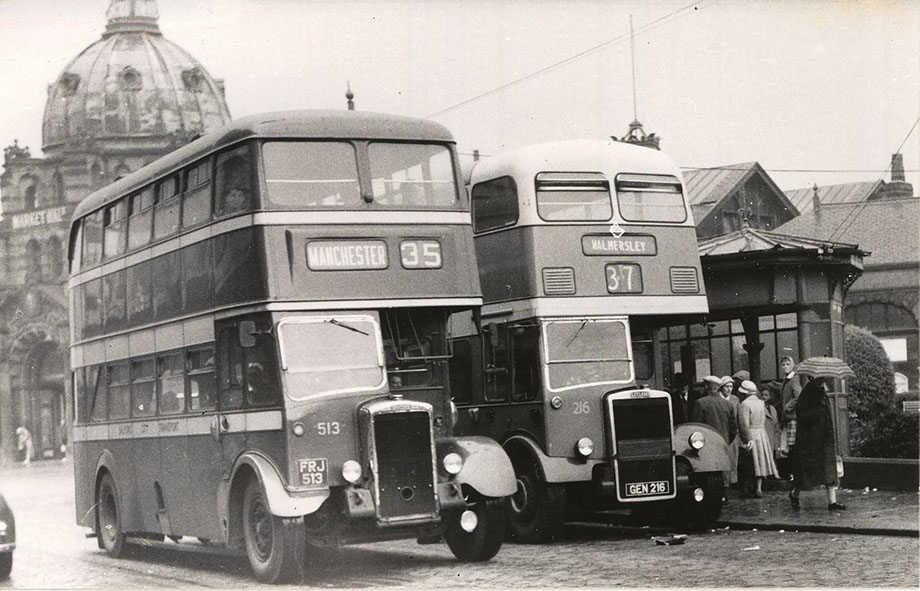 Kay Gardens in Bury, showing the old Market Hall in the background with newly delivered 216 from Bury Corporation 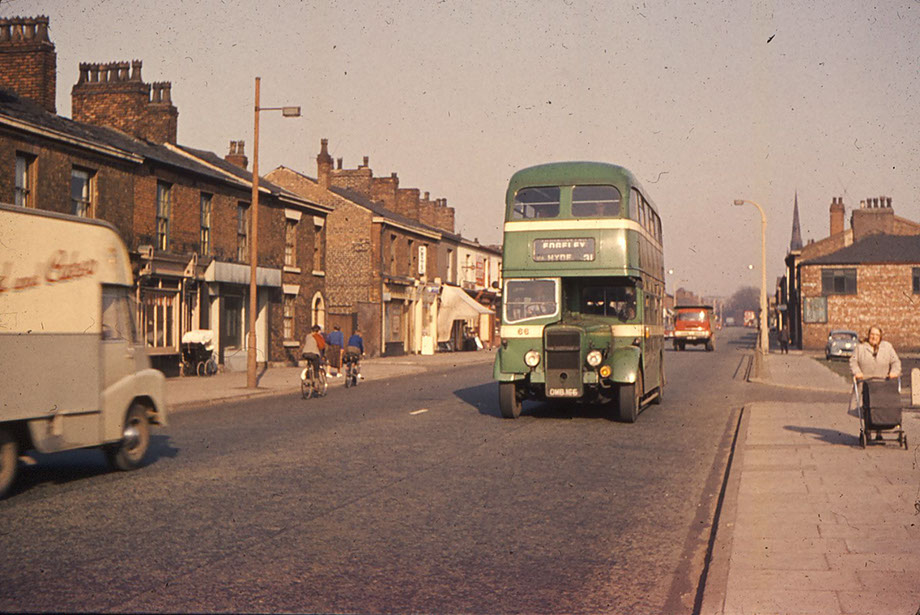 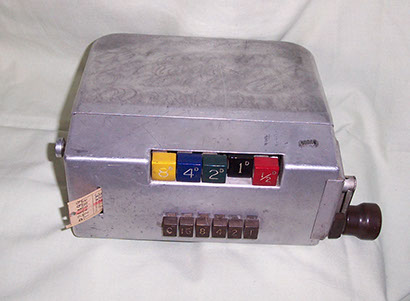 A new 'Creed' ticket machine is developed. It records ticket sales by punching holes into a paper tape. Data from the tape is 'read' by a device which automatically prints ticket sale totals and statistics.

1963 The new Manchester Corporation head office opens on Devonshire Street North by the Minister of Transport – it replaces 55 Piccadilly in Manchester, the head office since tramways days (22nd March). 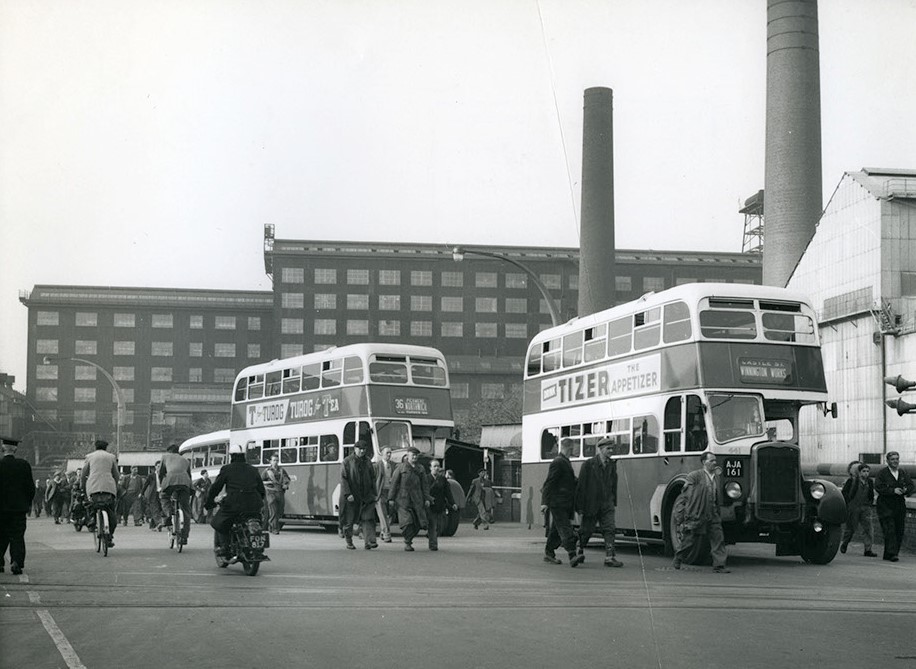 1966 The first White Paper proposes the establishment of multi-purpose conurbation authorities to have complete control of transport policy in their designated areas (July).

1966 Manchester Corporation decides that one-man buses should be introduced throughout its system (3 August).

1966 SHMD starts to operate its buses along former trolleybus routes.

1966 A feasibility report is prepared, considering a rapid transit system for Manchester.

1967 Manchester Corporation rolls out a simplified fare structure to facilitate the introduction of one-man operated buses to save time now the driver was handling fares instead of a conductor (1st July).

1967 The White Paper “Public Transport and Traffic” proposes the creation of a Passenger Transport Authority for South East Lancashire and North East Cheshire (which now forms most of Greater Manchester) which would take complete control for all bus and rail services in the conurbation (December).

1968 A new design of bus for Manchester City Transport is introduced, known as the Mancunian (1st April).

1968 Experiments commence by Manchester Corporation with "Johnson" fareboxes where no tickets are issued, to try to speed up passenger boarding times (19th August).

1968 The Transport Act 1968, which is to establish a Passenger Transport Authority for South East Lancashire and North East Cheshire (SELNEC). The SELNEC Area will include 2.5 million people and 700-800 square miles. It will be one of four Authorities entrusted with the responsibility for co-ordinating public transport in the conurbations (25 October). 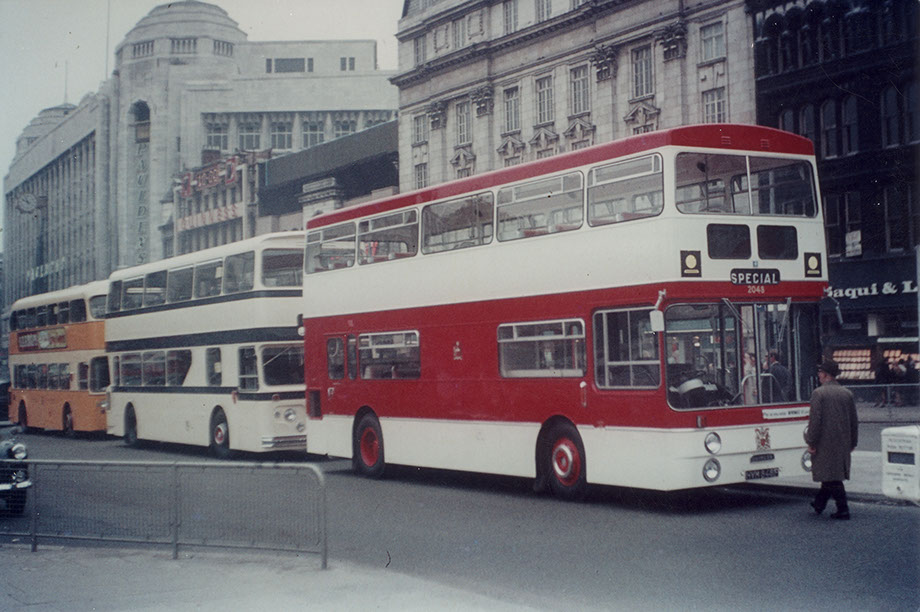 Manchester asks the public its views on the new bus for Manchester, compared with new buses for other towns (Sheffield and Newcastle) in 1968