1986 Many new bus operators come onto the scene, whilst other long established names expand their operations into Greater Manchester. Ribble and Crosville both establish a greater presence in the area, and even East Midland of Chesterfield starts to run local services. 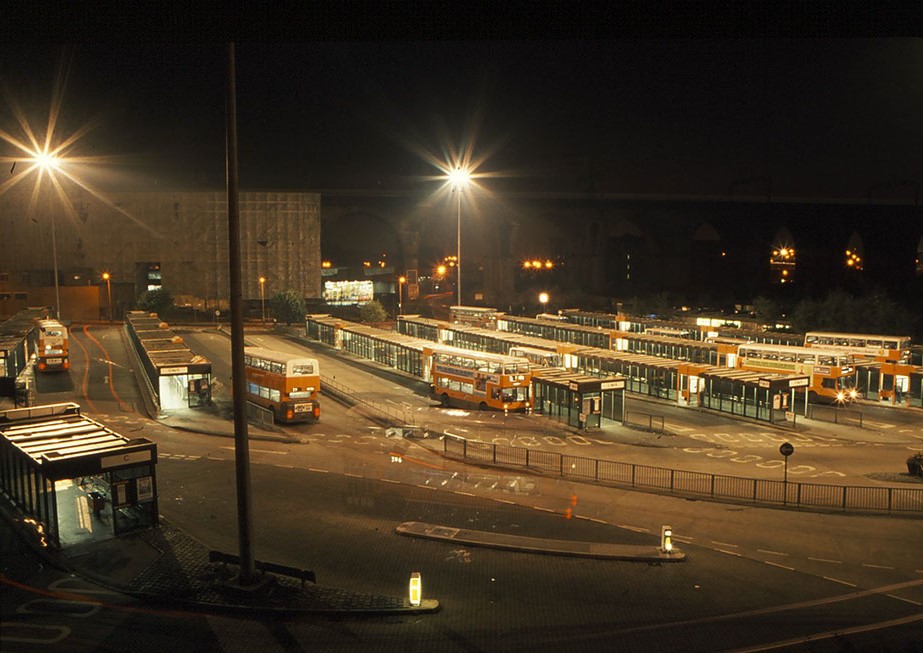 1988 The Windsor link – a new rail line between Salford Crescent and Deansgate to connect the rail services from the northwest with the southern half of the county - becomes operational.

1988 The Metrolink project is officially launched.

1988 The Bee Line Buzz Company is sold to Ribble. 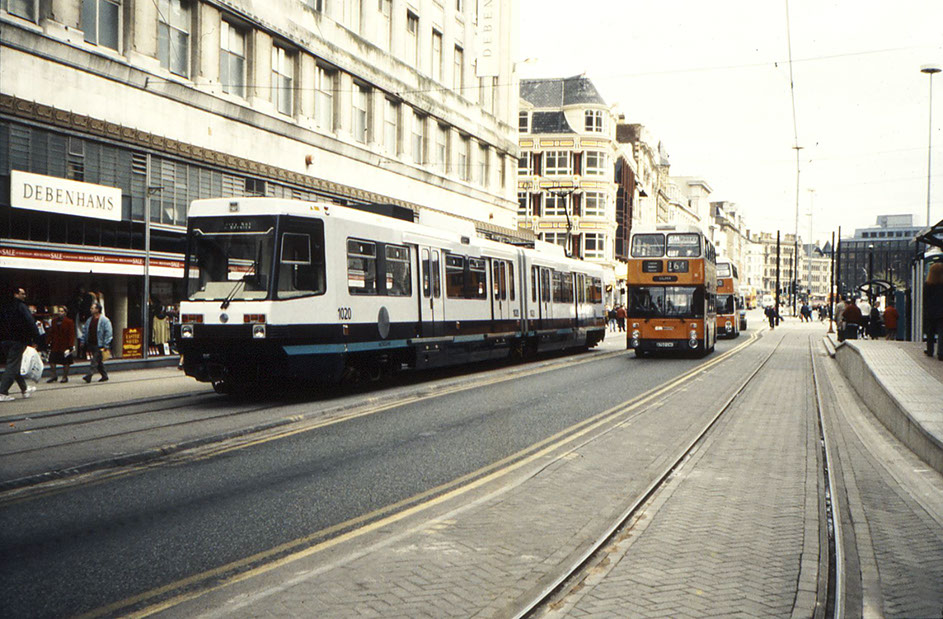 1990 Holders of all rail tickets to, from and across Manchester city centre are entitled to free travel on Centreline bus services.

1990 GM Buses starts to use an in-house desk top publishing system (DTP) to produce artwork for publicity for the first time.

1990 CCTV is installed for the first time on buses in Altrincham by GM Buses (September).

1991 A new pre-paid ticket scheme (TravelCards) is developed jointly by GMPTE and the bus operators.

1991 Junior Buscard – a bus ticket for children between the ages of 5 and 15 years, giving unlimited bus travel throughout Greater Manchester – is introduced.

1992 Smoking is banned on all GM Buses vehicles (1 January).

1992 Her Majesty the Queen officially opens Metrolink on 17 July.

1992 All local rail passengers making journeys in Greater Manchester to Manchester city centre are able to travel free on Metrolink in the city zone.

1992 The forced split of GM Buses is announced by Government, using powers from the Transport Act 1985 (November).

1992 New radio and telephone system introduced by GM Buses. It is possible to contact a bus radio from an internal telephone for the first time.

1993 The pilot for the new Travelshop service is introduced at Leigh bus station.

1993 The new rail link to Manchester Airport is opened.

1993 The Railways Act 1993 which leads to rail franchising, re-organisation and privatisation.

1994 OneCard smartcard is trialled in Bolton, which allows non-cash payment of fares (March).

1994 Metrolink carries 12 million passengers. 20% of those journeys had previously been made by car. 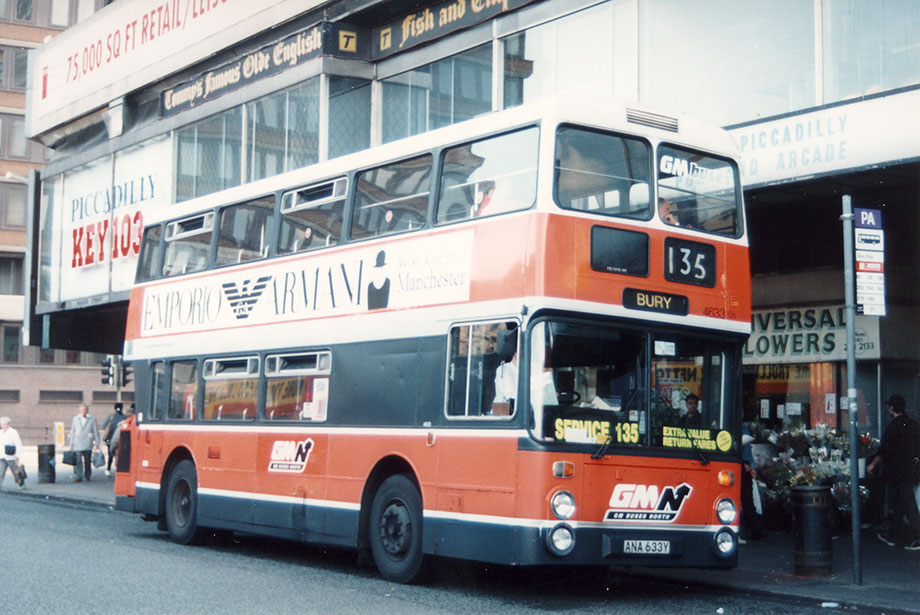 1996 System 1 Travelcards is launched, as the new name for Saver TravelCards (February).

1996 Manchester city centre is badly damaged in a bomb blast and the bus station in the Arndale centre has to be closed (15 June). 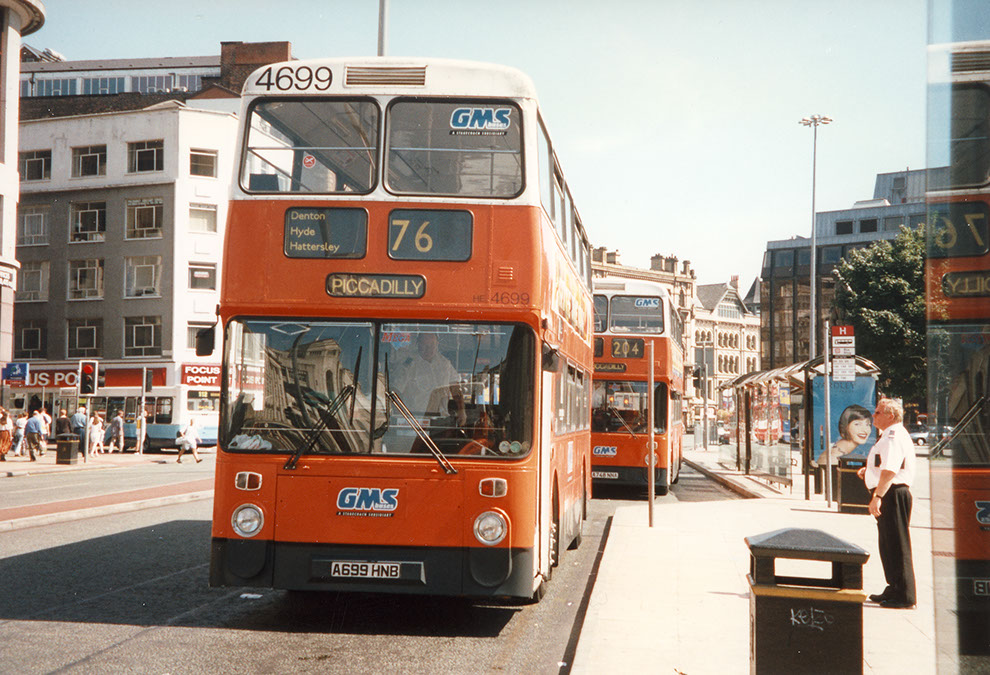 1997 CCTV systems begin to be introduced at bus stations.

1997 The railways serving Greater Manchester are privatised through franchising.

1998 System 1 Travel launches the first multi-operator daysaver tickets for Greater Manchester, with options for bus only, bus and train, bus and Metrolink and all modes (27 September). 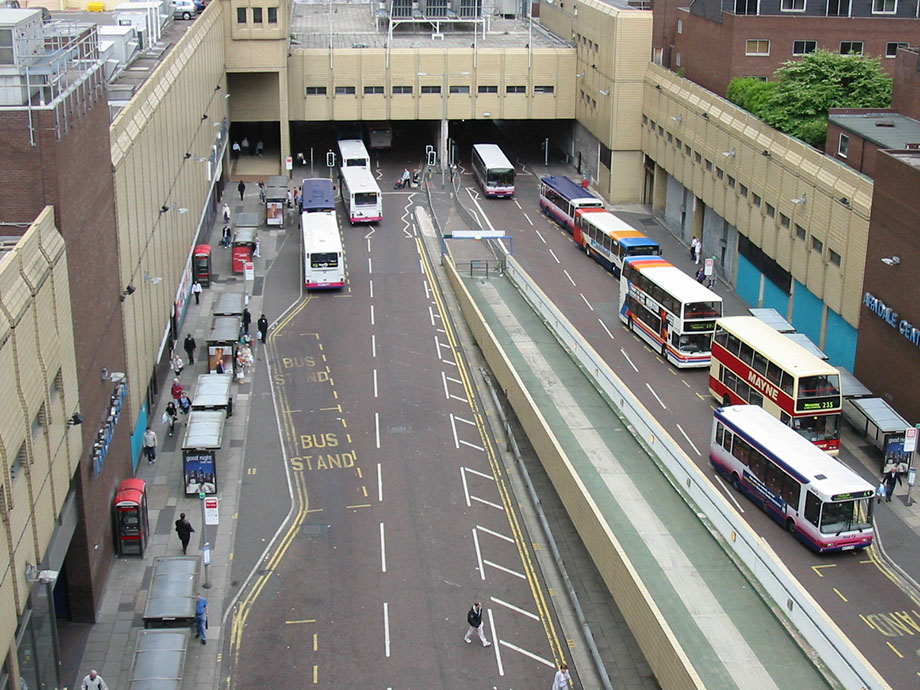 2000 The First Local Transport Plan is submitted to Government.

2000 The first Quality Bus Corridor in Greater Manchester, from Leigh to Bolton, is opened (17 November).

2001 The Metrolink extension to Eccles is officially opened by HRH The Princess Royal (January).

2001 A Nightbus network launched in Manchester.

2002 Centreline is rebranded as Metroshuttle.

2002 The XVII Commonwealth Games are held in Manchester - over 60,000 spectators each day use public transport.

2003 Bus stops start to be upgraded to display the stop name and direction of travel (January).

2004 HRH The Earl of Wessex visits the Museum of Transport to mark its 25th anniversary (19 October).

2006 System One Travel weekly and monthly tickets can be bought at PayPoint outlets in Greater Manchester for the first time (February).

2008 The English National Concessionary Travel Scheme is launched: free travel for over 60s is extended to cover all off peak local bus services in England, using a new smartcard pass (1 April).