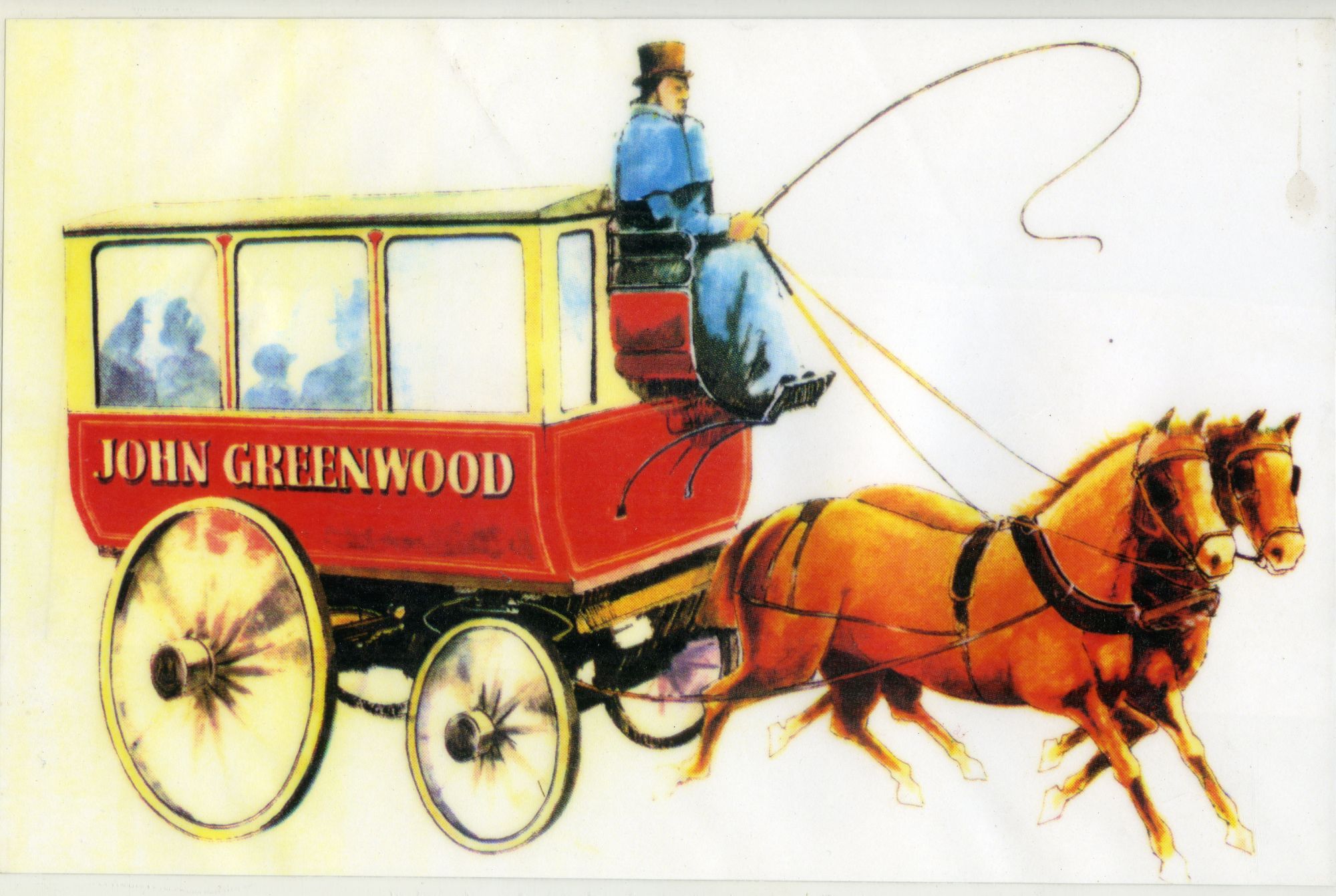 1830 Official opening of the Liverpool and Manchester Railway (15 September).

1832 Stage Coach Act in 1832 officially recognises that passengers are being set down or taken up, a distinct change from the accepted conditions of coach operation before this time.

1847 Town Police Clauses Act comes into effect, which covers licensing of vehicles and drivers and a greater degree of control over the operation of buses and coaches.

1850 64 omnibuses are now running in Manchester, for which 387 horses are required.

1852 A new type of vehicle is introduced by a Mr. McEwan. It is a much larger, door-less double deck vehicle, drawn by three horses, and carrying 42 passengers.

​1861 Attempt made to introduce a form of rail traction, using Haworth’s Patent Perambulating Principle, in Salford (August). Operation is not a success. 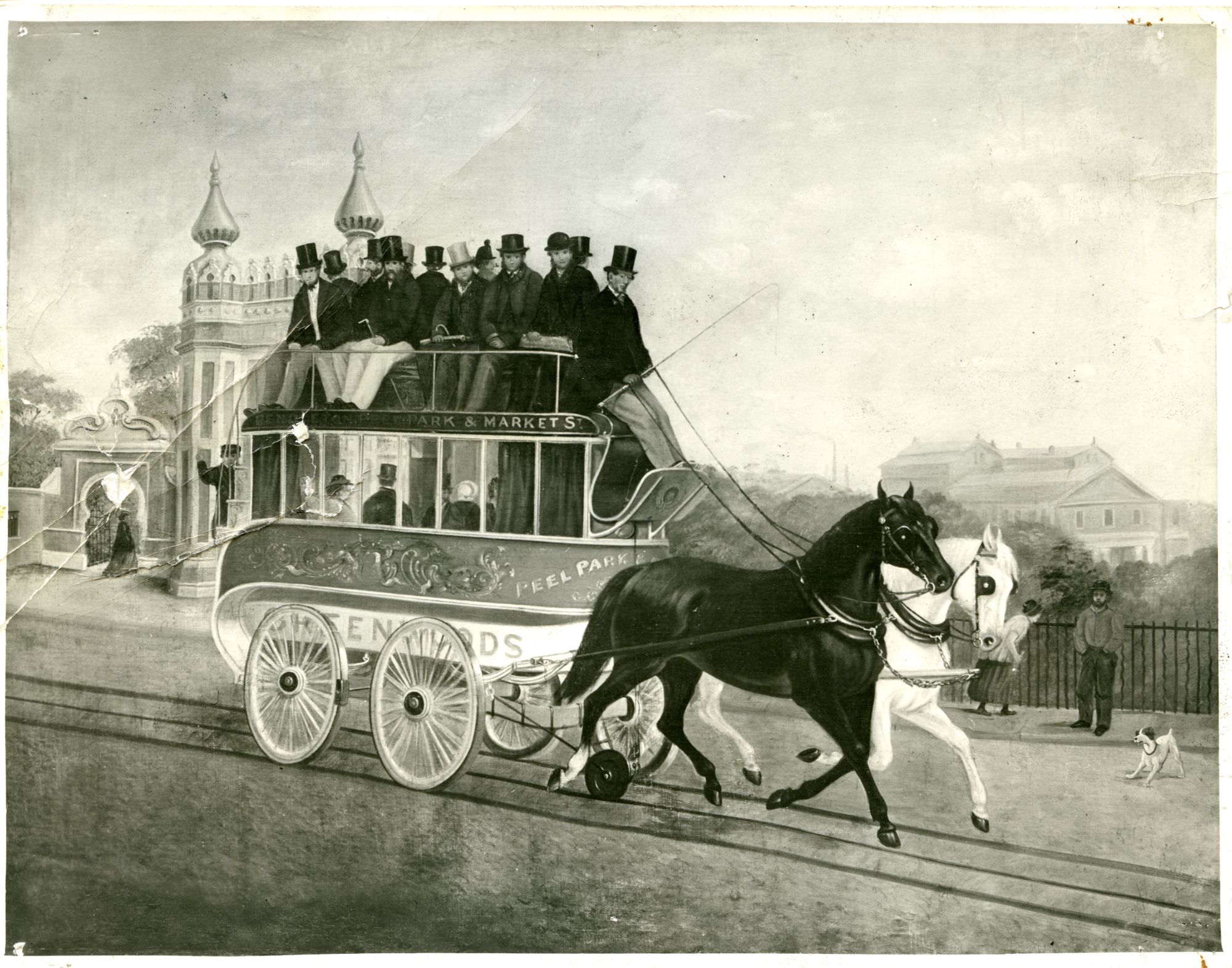 The Five-Wheeled Omnibus - Pendleton to Manchester 1861-1866. Original on display in Salford Museum and Art Gallery. 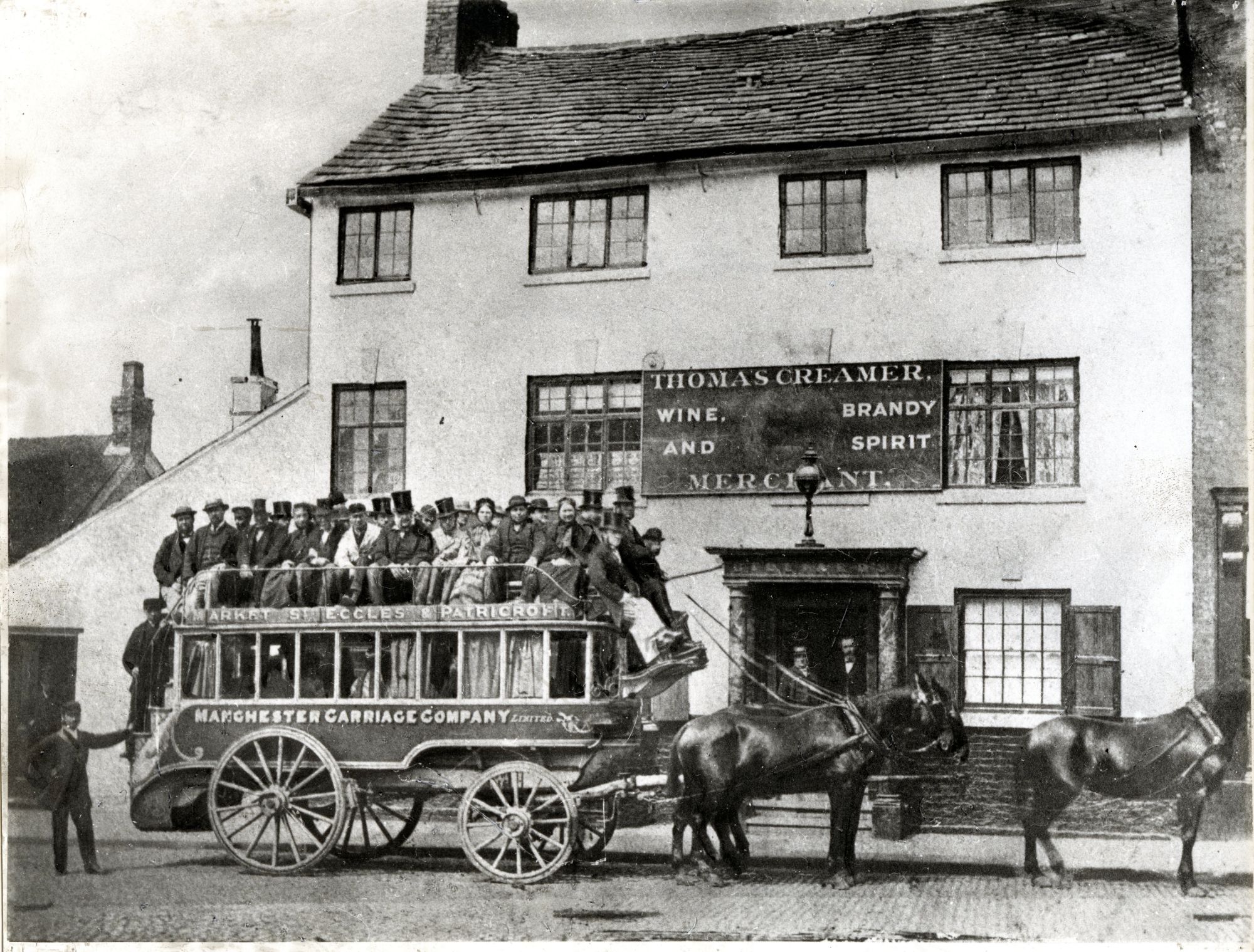 1870 Tramways Act: local authorities can construct tramways, but not operate them - the tracks have to be leased to private companies for 21 years.

1870 The corporations of both Manchester and Salford obtain Tramways Orders under the 1870 Tramways Act, which allows them to construct and lease, but not operate, tramways within their respective districts.

1877 Manchester Suburban Tramways Company starts operation of horse trams under the title of Manchester & Salford Tramway Company between Bury New Road and Deansgate (17 May), the first tramway in Greater Manchester.

1880 First horse tram runs into Stockport from Manchester (May).

1881 Manchester Carriage and Tramways Company operates horse trams from Manchester to Stalybridge via Ashton-under-Lyne (June) for the first time.

1883 First steam tram operates in Wigan by the Wigan and District Tramways Company.

1883 The Manchester, Bury, Rochdale and Oldham Steam Tramways Company opens its first section of route in Rochdale (7 March) and in Bury (12 March). 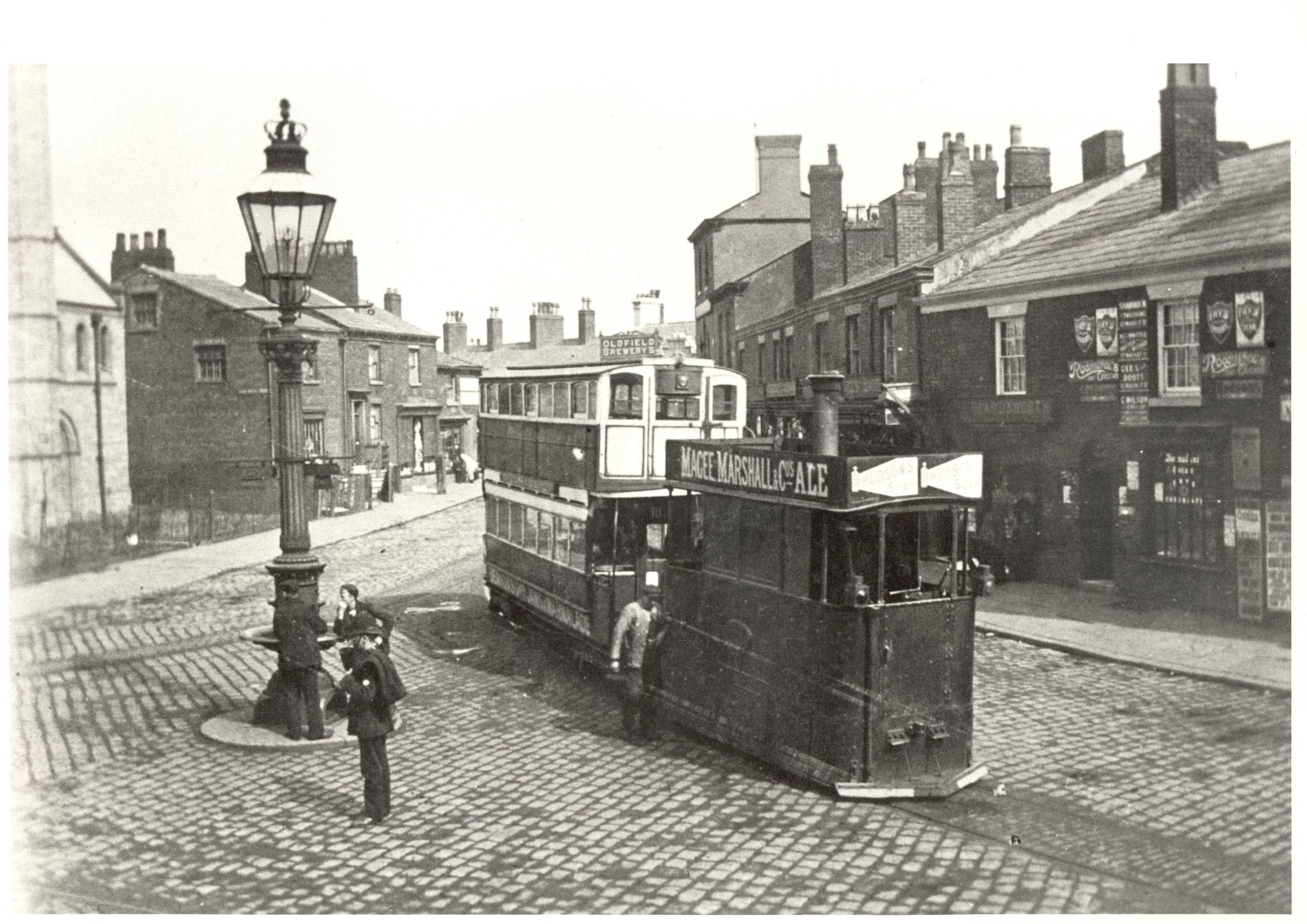 Steam tram seen in Hindley, at the junction of Market Street, Bridge Street and Ladies Lane (St John's Church is on the left)

1888 The Manchester, Bury, Rochdale and Oldham Steam Tramways Company is reformed dropping “Manchester” from its title. 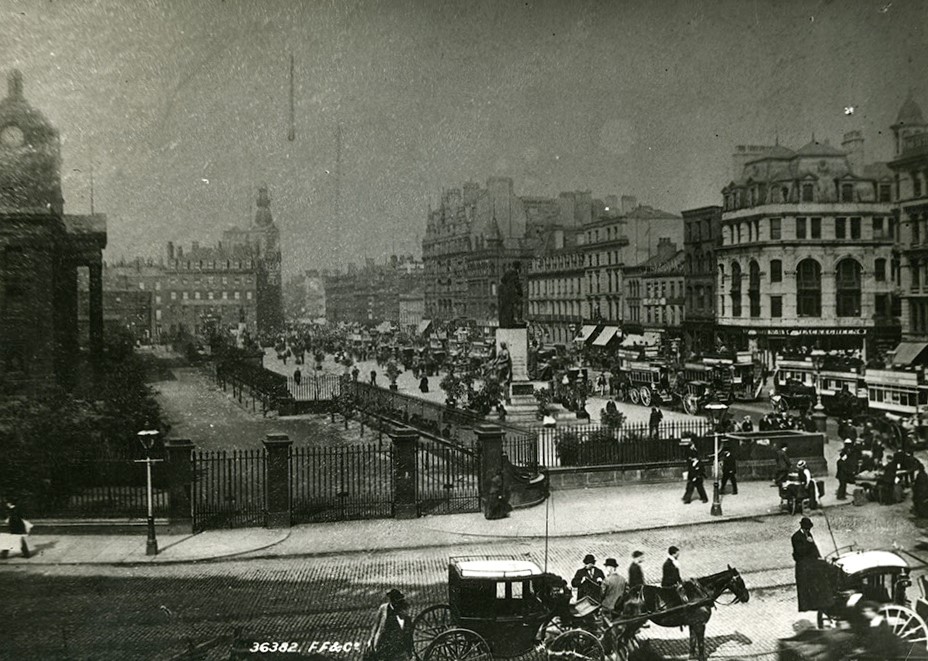 1891 Wigan and District Tramways Company is sold to a Wigan Councillor (24 September).

1896 Standing Order at the House of Commons which had prevented local authorities from operating their tramways is revoked.

1897 The Trafford Park Estates Company lays down a tramway to be operated by the British Gas Traction Company.

1898 A conference in Manchester decides larger local authorities should operate their own tramways and those of the smaller dependent authorities.