1899 Bolton and Wigan corporations are the first to take on municipal ownership of tramways by taking over the lines operated by E. Holden & Company (June).

1899 The Manchester Corporation Tramways Act allows Manchester to lease tramways in adjoining districts so they can be operated as one system. 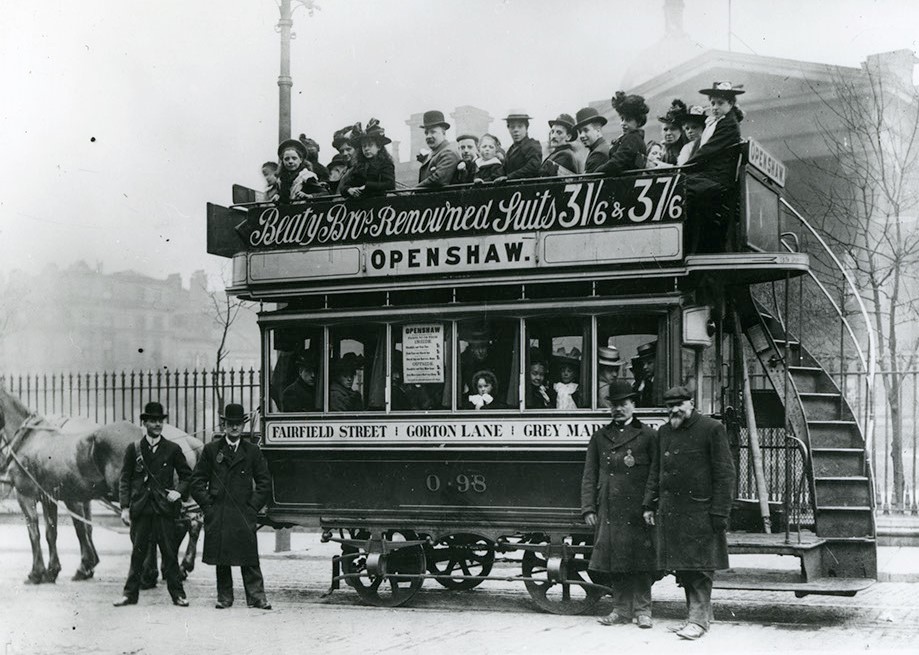 1900 Bolton Corporation introduces its route letter system where the letters take the destination into account such as D for Dunscar – the first in the north west to attempt route identification.

1901 Manchester Corporation appoints a General Manager with an annual salary of £400.

1901 A dispute between Manchester and Salford corporations results in passengers having to change trams in the middle of Blackfriars Bridge.

1902 Farnworth UDC takes over operation of electric trams within its borough (2 June).

1903 Electrification of Manchester's tramway system now completed and the last horse tram operates in Manchester (31 March) but they continue to run between the City boundary and Barton Road, Stretford until 12th April.

1903 Manchester Carriage and Tramways Company goes into liquidation (31 March), assets passing to various corporations at a cost of £335,000 (May).

1903 Steam tramways in Bury, Rochdale and Oldham are taken over by the respective corporations.

1903 Ashton-under-Lyne Corporation takes over, rebuilds and operates electric trams on the Manchester Carriage and Tramways Company routes in Ashton (October). 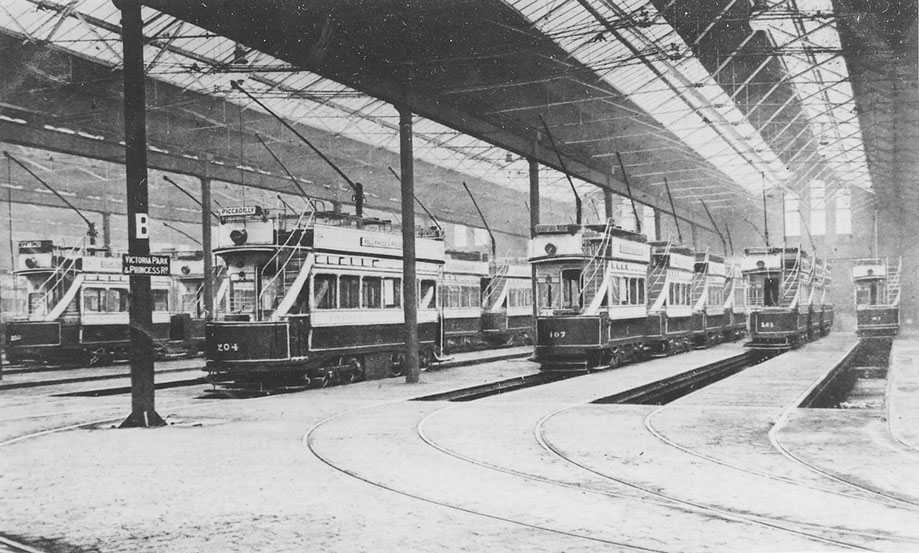 1904 Stalybridge, Hyde, Mossley and Dukinfield Tramways and Electricity Board (SHMD) commences operation of electric trams (May).

1904 Bolton Corporation experiments with its first motor buses (5 September), but they are soon withdrawn.

1904 Heywood, Oldham and Rochdale corporations take possession of their portions of the Bury, Rochdale and Oldham Steam Tramways Company (13 October).

1905 The last steam tram in Greater Manchester is operated by Rochdale Corporation (8 May).

1905 The Trafford Park Estates Company Electric Tramway is taken over by the corporations of Manchester and Salford.

1905 Manchester Corporation is still operating horse buses in south Manchester from Palatine Road to Cheadle and Northenden, and Hulme to Chorlton-cum-Hardy.

1905 Stockport Corporation converts the former routes of the Stockport and Hazel Grove Carriage and Tramways Company to electric traction.

1908 The last gas trams are operated by Trafford Park Estates Company (1 May).

1908 Frank Clayton introduces the first motor buses in Stockport. The service carries on until 1912. 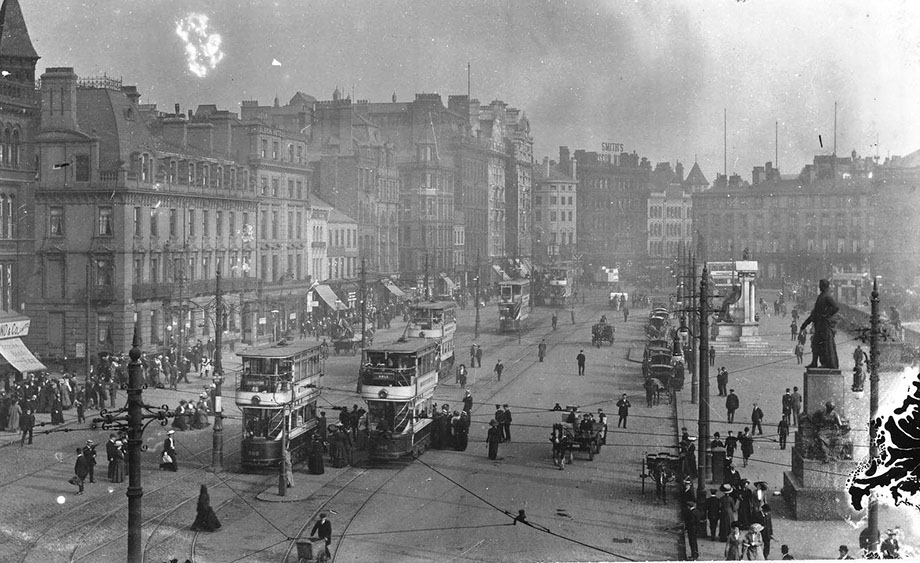 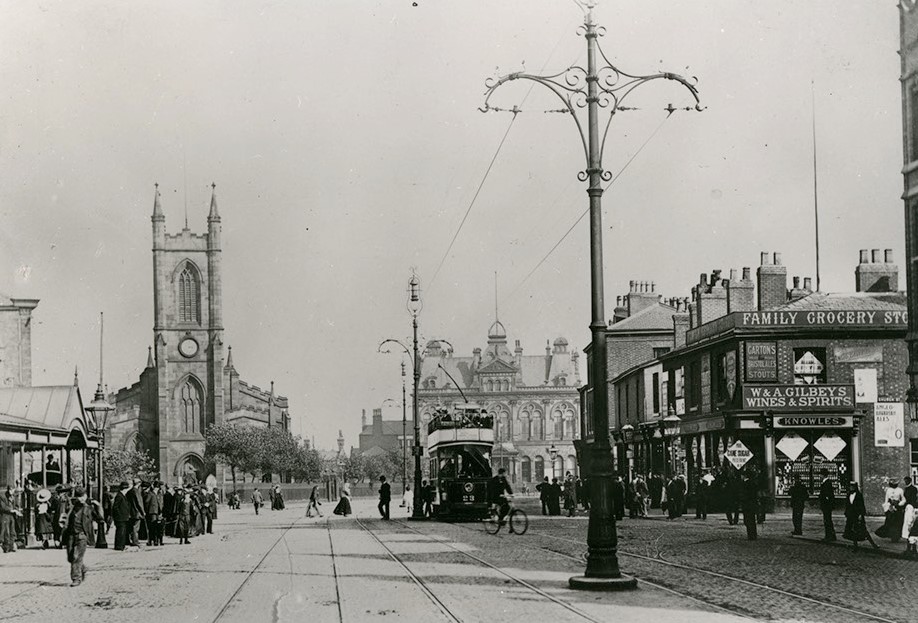 1911 Experiments with motor bus operation are abandoned by Bolton Corporation. 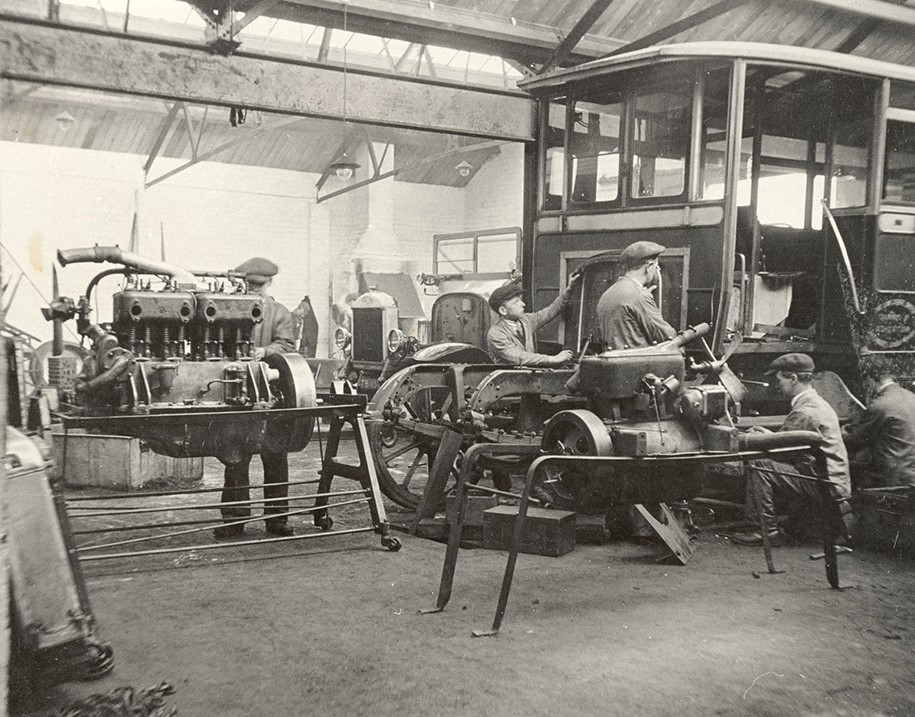